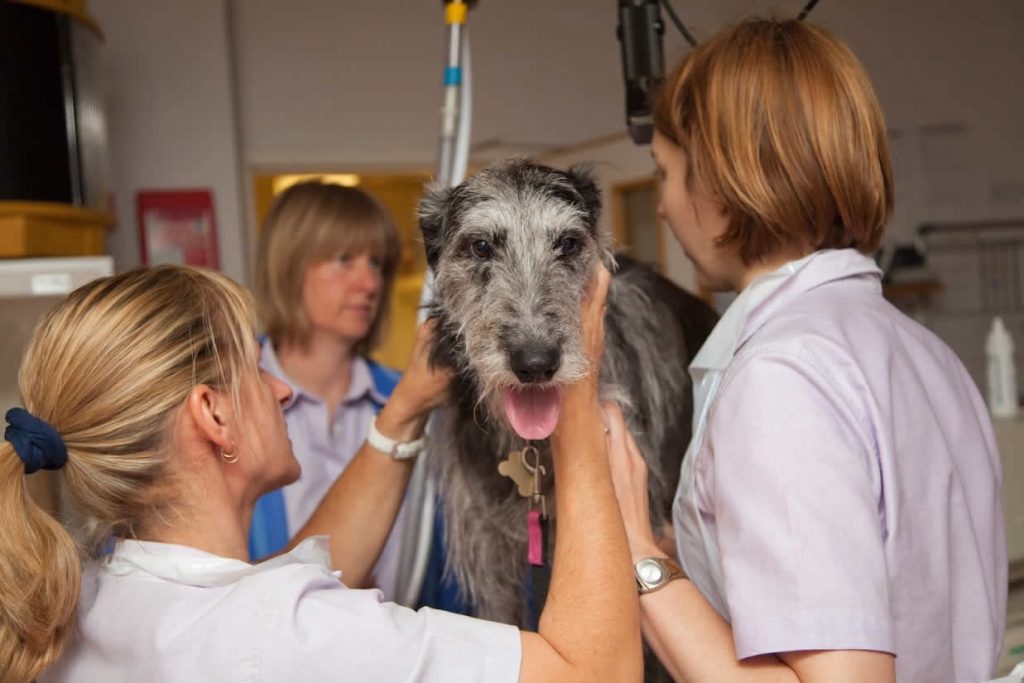 Should you spay or castrate your pet?

For the general pet population, spaying or castrating is highly recommended.

Not only is neutering very effective at reducing the numbers of unwanted pets that are being put to sleep in overcrowded animal rescue centres, but it can also be beneficial for the health and wellbeing of your pet.

Benefits of neutering in females

* Greatly reduces the risk of them developing mammary cancer later in life. This is most beneficial if done before the first or second season, the effect starts to become more limited if neutered later in life.

* Eliminates the risk of them developing a life-threatening infection in the uterus termed a ‘pyometra’. This is a common problem with 20-25% of entire female dogs >10 years old being affected and usually requiring emergency surgery to treat. This is a hormonally driven condition so even if just the ovaries are removed (leaving the uterus in place) the condition is prevented.

* Prevents unwanted pregnancies. Some people believe that it helps their female pet in some way to develop more completely by letting them have at least one litter before spaying. However, this is not true. Becoming pregnant and having a litter can be stressful on the female both physically and mentally. In addition, not all pregnancies go smoothly; a difficult labour can lead to death of the young and sometimes the necessity for a Caesarean section.

* Some female dogs will develop a pseudopregnancy once or many times over their lifetime where the body’s hormones mimic a pregnancy without the dog actually being in pup. This can result in mammary development, presence of milk and sometimes marked unwanted behavioural changes. Neutering prevents this from occurring.

Benefits of neutering in males

* Castrating male pets can help to reduce certain unwanted behavioural traits such as spraying indoors, territorial marking, exerting dominance over family members or other pets, humping of legs, toys and cushions and reducing their desire to roam and go missing.

* Some dogs will have a condition called ‘cryptorchidism’ where one or, more rarely, both testicles fail to descend normally and remain either in their abdomen or in the inguinal canal. These retained testicles are up to 13 x more likely to become cancerous so we very strongly recommend castration in these patients.

When is the best time to get it done?

* In cats we recommend neutering from 4 months of age. Female cats can get pregnant from a very young age and male entire cats roam much further so are at higher risk of getting into trouble out and about. Because of this it is sensible to keep young cats indoors until they have been neutered.

* Dogs take longer to fully develop than cats and the larger the dog, the longer it takes. In small breed dogs we can neuter from 6 months of age but for medium and large breed dogs it is often best to wait until they are nearer 12 months and for giant breed dogs 12-18 months of age.

Some things to note

* Neutering does alter the metabolism of your pet so afterwards they will require fewer calories to maintain a healthy weight. If you have any queries regarding the best diets following your pets spay or castrate then our nurses would be happy to discuss this at the free post-op check.

* If you have a male dog who is very nervous and is having associated behavioural problems, then we will sometimes advise delaying neutering and seeking help from a behaviourist first.

* Placing a pet under anaesthesia is a very common concern many pet owners have. Although there is always a slight risk involved, as a practice we take numerous measures to minimise these risks including trained staff monitoring your pet and using high end equipment to check all of their parameters continuously. The medical benefits today of having your pet spayed or castrated far outweigh the slight risk involved with undergoing anaesthesia. Please feel free to talk to us if you have any concerns.

WhatsApp Us for non-urgent queries

We will do our best to accommodate your busy schedule

Please note that you do not have an appointment until you receive confirmation from us. Thank you