Jasper is a very gentle 14 yr old Staffie. Sadly, his recent life has been marred by an orthopaedic problem which made standing & walking very uncomfortable for him.

At some stage in his life, the nerve function in the font of his foot had stopped working, which meant he was unable to open up his foot to place it down correctly (the equivalent of you not being able to open your hand). 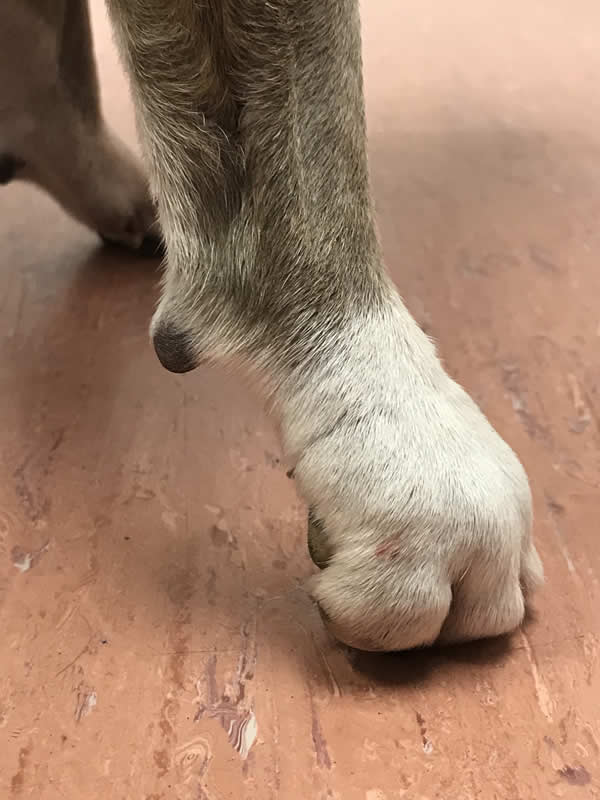 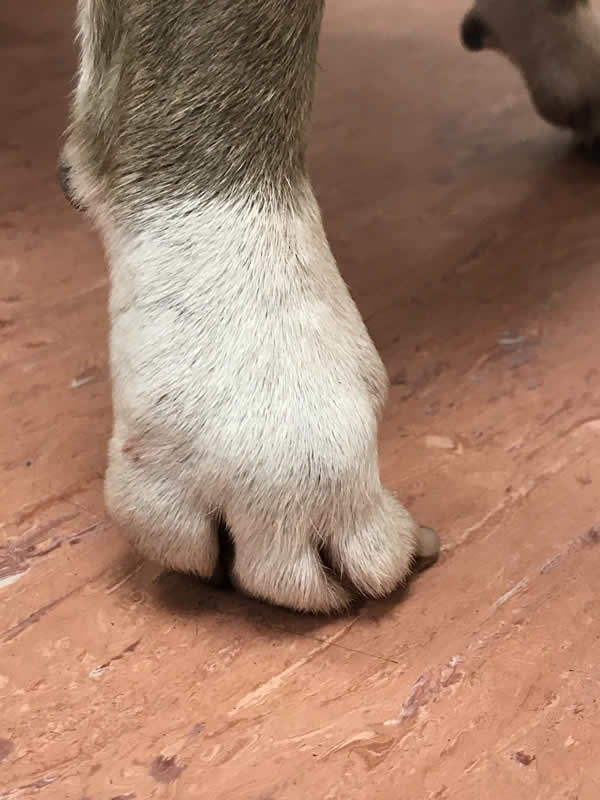 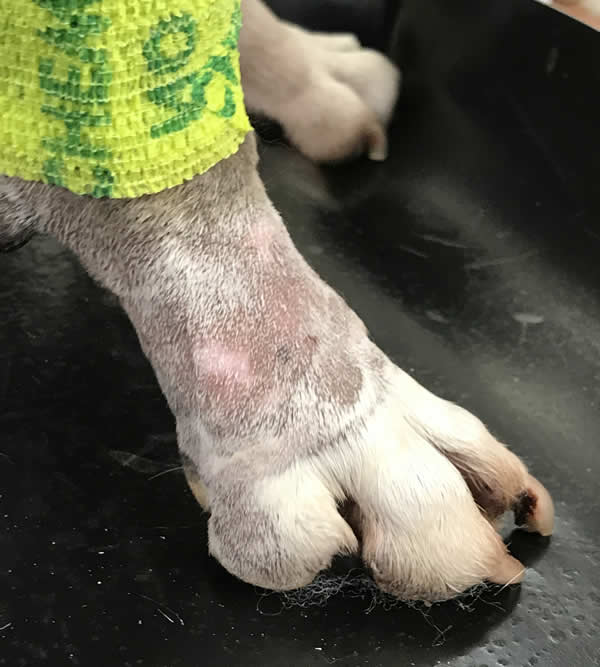 This failure in his extensor muscles meant that his flexor tendons & muscles became tighter as they had nothing to pull against.

The result was a contracted foot which meant that he couldn’t use the tough pad tissue of his toes to take his weight but instead he was left to walk on his claws which was very painful.

I had seen something similar in a cat before and hoped that some surgery might improve Jasper’s situation. Under anaesthetic I was able to cut the flexor tendons which were forcing his foot to contract.

The toe joints were also very stiff due to months of being fixed in their flexed position but with some manipulation they loosened up.

Things looked promising but the real test would be when Jasper’s bandage was removed and he could try to use his modified foot once again. 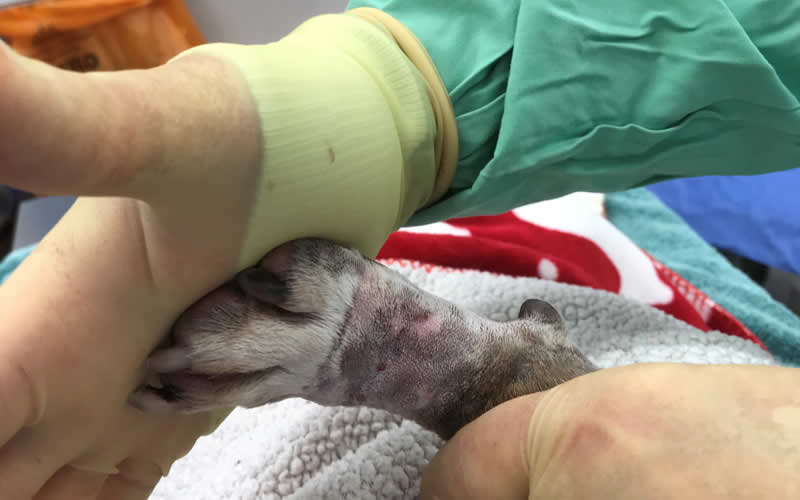 Thankfully, the transformation for Jasper was spectacular. Within days he was able to place his foot more normally for the first time in many months. By 5 days post op he seemed pretty comfortable and most of the time his foot bore weight normally on the pads.

We expect Jasper to continue to improve as his foot relaxes & he gets better at using the modified version. The owner was very pleased with the improvement and said “I know he’s old, and he may not have a long time left; but we just wanted him to be as comfortable as possible.”

We trust that Jasper’s improvement will continue and that he can enjoy his old age in comfort!