Cranial cruciate ligament failure is a common orthopaedic problem in dogs. The ligament helps to stabilise the knee joint whilst allowing it to flex & extend. Most commonly the ligament fails because of a degenerative process in which case the other ligament may be affected at some time also. Less commonly the cause is purely an athletic injury.

When the ligament ruptures or partially tears it causes pain in the knee joint. The instability causes ongoing aggravation & pain which soon turns into osteoarthritis. The instability also makes the knee prone to developing a tear in the meniscal cartilage at the back of the joint. If this happens the pain increases in intensity and will continue until it is treated.

There are many ways of dealing with this problem but most commonly we recommend surgical treatment. The operation is called an MMP (Modified Maquet Procedure) which is a technique which advances the position of part of the tibia. This gives the effect of modifying the forces on the knee joint to neutralise the instability caused by the ligament rupture. 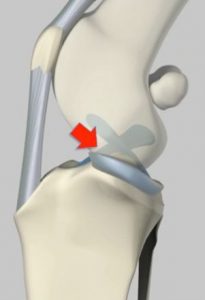 The diagram shows the position of the cruciate ligaments which form a cross (crucis in Latin) within the joint. The operation involves making a cut down the bone (osteotomy) then gradually levering the bone forwards which changes the angle of the patella ligament and thus readjusts the mechanics of the joint. The bone is fixed in its new position by inserting a titanium mesh wedge which has a pin drilled through it and finally a staple placed to add stability to the bone.

The x-ray shows a knee before and after the procedure. The change in the angle of the patellar ligament creates a force which opposes the instability created by the broken cruciate ligament.

We always keep dogs in hospital after this type of surgery which allows us to give extra pain relieving injections and to keep the patient calm & rested for the initial post-op period. Most dogs will be using their leg to some degree by the time they go home the next day.

We will check the dogs 5 days later and again at 10-14 days after the op. We also routinely do a follow up xray to ensure everything has stayed in position for the first month. If all is well at this stage we can start to increase exercise levels whilst remaining on a lead. Most dogs will be fine to run around after 2-3 months. 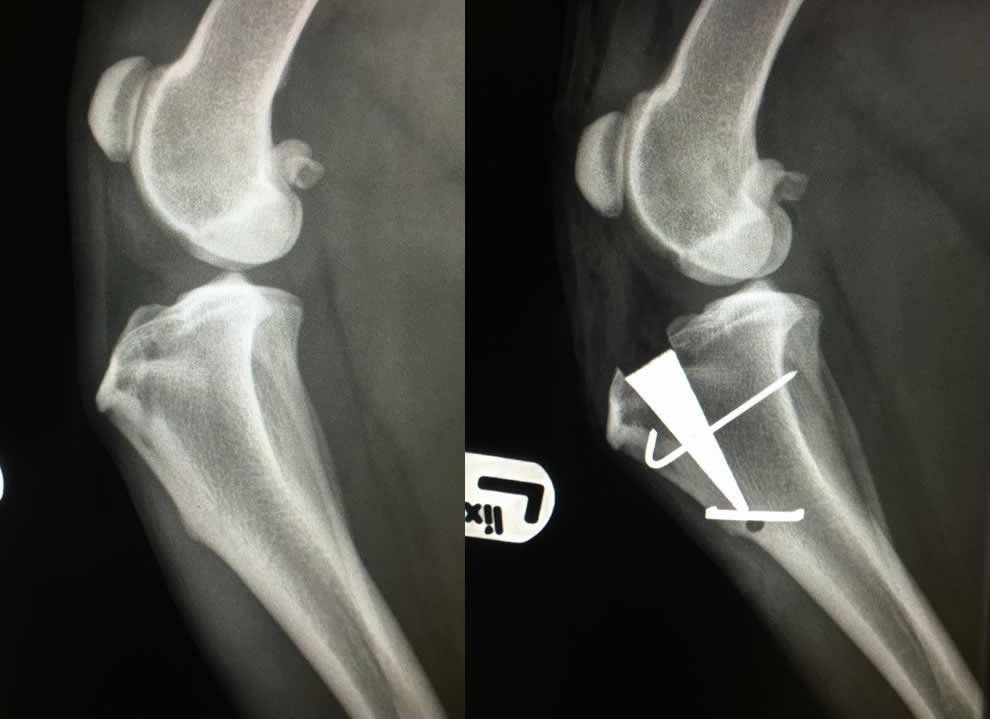 These 2 videos show firstly Lexi who did very well after this surgery and shows her walking really well on her leg after only 5 days. The second shows an older Dalmatian who was unfortunate enough to have both ligaments rupture within a few months of each other. The video shows him fully recovered and able to exercise normally again. 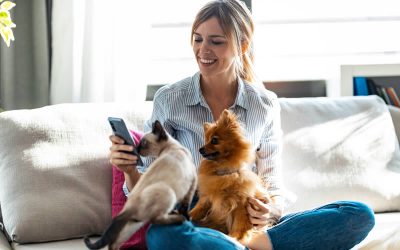 END_OF_DOCUMENT_TOKEN_TO_BE_REPLACED

WhatsApp Us for non-urgent queries

We will do our best to accommodate your busy schedule

Please note that you do not have an appointment until you receive confirmation from us. Thank you