Bailey – back on four legs 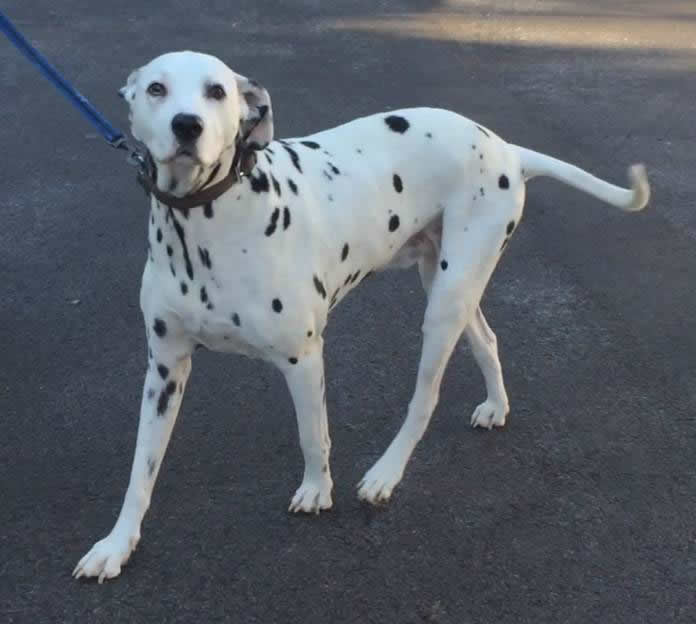 Bailey is a lovely 11 yr old Dalmatian who is full of life despite his age. We first met Bailey in the Summer of 2014 when he had developed a hind limb lameness which was persistent.

We were able to diagnose a ruptured cruciate ligament in his right knee. Bailey initially did well after surgery but 2 weeks later he was very uncomfortable again.

After some more time and rest Bailey improved a lot until November when he suddenly yelped and started limping on his left back leg. Sadly for Bailey the cruciate ligament in the other knee had also ruptured and he was really starting to struggle just to walk normally.

At the end of November he underwent a second surgery on the first knee to remove a torn cartilage (which was the reason for the regression after his first operation).

During the same anaesthetic we operated on Bailey’s left knee to treat his ruptured cruciate and remove a torn cartilage in that one also.

Bailey recovered well despite his 6 hour operation and four days later he walked out using both back legs well. 3 months on and Bailey is able to trot and run around pretty normally again. He still loves coming to see us despite his traumatic few months.

It’s always great to see the way pets can recover from major surgery and get on with life. Bailey is definitely a great patient and I really admire the determination & faith of his owners to get his condition resolved.