From our Veterinary Correspondent – Jason Williams
Cats Throughout History 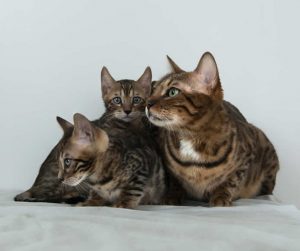 I’ve written a lot about dogs recently so now it’s time for something about cats! Cats have been kept as pets for thousands of years and were worshipped in Ancient Egypt where they were known as Mau. They were in fact so revered that some were given the burial honour of mummification.

They were domesticated and kept as pets but also had a great use in vermin control in towns and granary stores.

It is thought that a cat was presented to the Emperor of China around 500BC and from there they spread across much of Asia including Japan & India. From this area several breeds were developed including the Siamese and Burmese.

The Egyptians introduced cats to Europe firstly to the Greeks then the Romans where they were used again for vermin control. By 100 AD they were in Britain with the Romans and at one point they were protected by law in Wales. The King decreed that killing a cat would be punishable by death – such was there value in that time!

By the Middle Ages they were associated with witchcraft and superstition and were blamed for The Plague in the 1300s. Many cats were killed as the possible cause of “The Black Death” but ironically this led to even more rats and a worsening of the pandemic which killed millions of people across Europe.
Cats were taken on long sea voyages again for vermin control.

It is thought that a ship was wrecked off the Isle of Man and surviving people and cats swam to shore. The breed known as the Manx which is known for short or absent tails is thought to have come from this population. Christopher Columbus is said to have introduced cats to the United States from one of his ships and the American Shorthair apparently developed as a variant on the British Shorthair used on the ships.

Today cats are as popular as ever and new breeds like the bald Sphynx and the leopard spotted Bengal have come into existence – all with their own physical and behavioural characteristics. Cats are fabulous companions providing friendship but often on their own terms.

Enjoy your cats and I’ll discuss some other cat quirks next month.