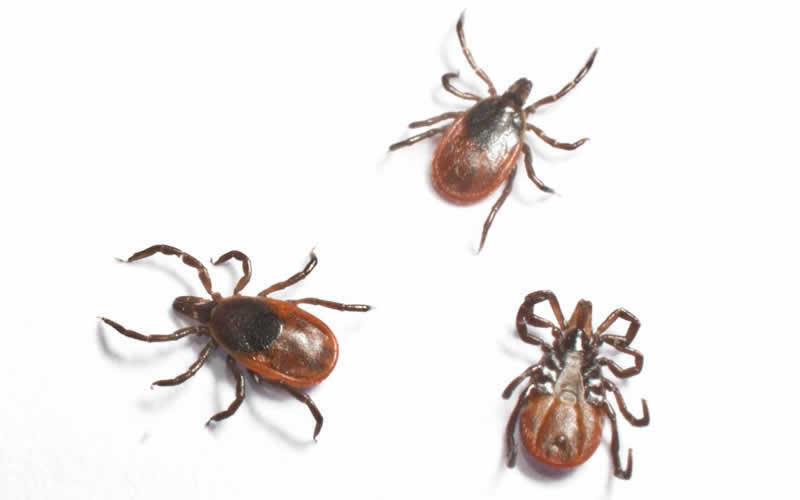 Here at Bicester Vets, we have seen an increase in the number of ticks presenting on dogs and cats in this hot weather.

The two common species of tick that live in the UK are Ixodes ricinus (the deer tick) and Ixodes hexagonus (the hedgehog tick). Once the eggs hatch, the juvenile ticks exhibit a behaviour known as ‘questing’, which involves climbing to the tips of foliage and waiting with arms outstretched in order to cling to a passing host and start taking a blood meal.

They can sense the presence of a host by detecting heat, movement and even expired carbon dioxide. It is a common misconception that ticks jump onto animals.

If this isn’t unpleasant enough; ticks are vectors for a bacteria called Borrelia burgdorferi, which is the causative agent of Lyme disease. With the increase in tick numbers, it follows that Lyme disease is becoming more prevalent, in dogs as well as people. The disease can cause serious and long-lasting symptoms in humans, particularly if it’s not diagnosed and treated early.

The disease seems to be much less severe in dogs, often treated successfully with a course of antibiotics. Cats do not seem to develop clinical symptoms following exposure to the bacteria.

Part of the prevention strategy involves removing ticks as soon as possible after they have attached – the sooner they are removed, the less chance of disease transmission. We can supply tick removal tools and our nurses will be happy to demonstrate their use.

We also have preventative medicines that kill ticks as well as helping to repel them before they bite.

Last night we found a Tick on Susie our dog, this morning she knocked it off the vet said the head and legs were still attached to the body of the Tick, so a happy ending.

Bicester Vets were very good with her, they are a friendly team that were very helpful