This week we’ve had a couple of dogs who’ve ended up in trouble due to foreign objects in their bodies. One was entirely accidental whilst the second was self-inflicted!

The first case is a lovely young Springer Spaniel called Monty, who inadvertently inhaled a grass seed back in August whilst running through a field.

Monty became quite dull & started to cough as the grass seed caused a localised area of pneumonia in his lung. At this stage we didn’t know for sure that there was a grass seed involved but the history and symptoms made us very suspicious. 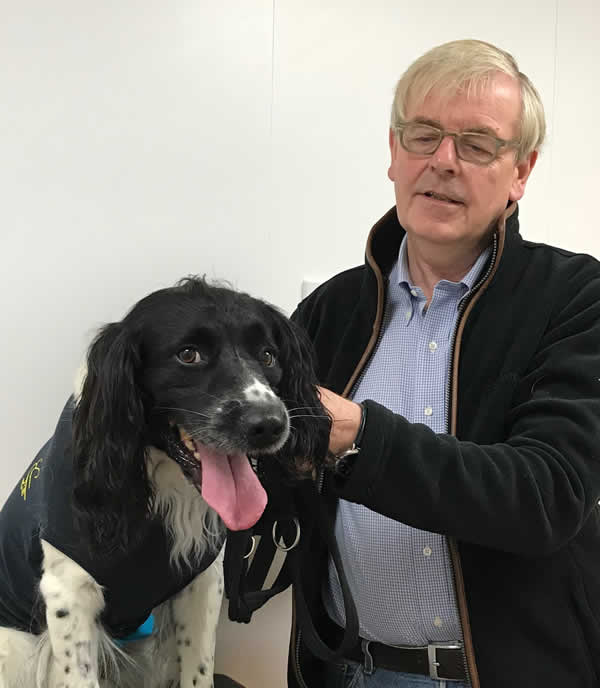 Monty had chest x-rays and bronchoscopy (a camera down his airway). I was able to see the phlegm discharging from his airway but was unable to see a grass seed.

He recovered at that stage with some treatment and was quickly back to normal, until in early October her developed a swelling on his chest wall.

This rang alarm bells with me and we proceeded to operate to remove the lump and found, at the base of the lump, the grass seed he had inhaled two months before!

Grass seeds have a barbed shape and a very pointed tip which makes them burrow through tissues in the body as the dog moves.

Amazingly this grass seed travelled through Monty’s lung tissue, between his ribs and out of the muscles on his side. His body reacted to having this grass seed foreign body by created a firm swelling over the exact location where the grass seed had got to.

It took over an hour of surgery to dissect away the mass and to my great relief, there was the grass seed lurking below.

Monty has recovered yet again as though nothing had happened. He can’t wait to be given the all-clear so that he can get back to racing around the fields. He has been very lucky in this instance as that grass seed could have travelled anywhere. I’ve even seen dogs die of pleurisy when a grass seed has lodged between the lungs and chest wall.

Both myself and Monty’s owner George, (who happens to be a retired Vet himself) are breathing a sigh of relief that the grass seed reappeared in an accessible location.

We have our fingers firmly crossed that there was only one grass seed in the first place but only time will tell about that!