I saw Hamish the 10 yr old Labrador a number of times over the lockdown period last year. He is a very likeable old dog with a very dedicated owner (who is also coincidentally likeable!)

Hamish had suffered from increasing lameness of his front legs for a number of years.

This is a very common problem in older Labs and we had tried many medications, as well as acupuncture and therapeutic laser treatment.

It made you feel uncomfortable just watching him walk. We had x-rayed his front legs & confirmed the presence of osteoarthritis in both his elbows. 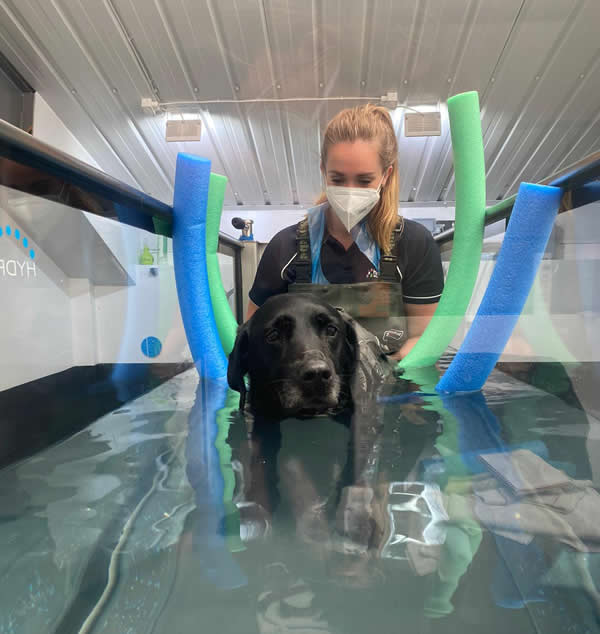 Earlier this year we discovered a couple of things – he (like Brave Bertie) had an underactive thyroid gland which was making him lethargic and disinterested.

He had also suffered from subtle changes in his back legs previously but these were now becoming very obvious. He was struggling to walk, sometimes collapsing to the floor and his nerve responses in the back legs weren’t normal.

X-rays of his spine showed a very suspicious area between his 1st & 2nd lumbar vertebrae where the bones seemed too close together – a sign that the intervertebral disc may have ruptured and could be damaging his spinal cord.

Hamish’s owner was keen to explore all options so we arranged a referral to a specialist neurologist in High Wycombe.
Hamish underwent a spinal CT scan which confirmed our suspicion and Hamish was booked in for spinal surgery the following week.

We knew that this lesion had been coming on for some time and that it was definitely progressing. Though there was likely to be some permanent damage, there was still the chance to stop further progression and hopefully giving some good improvement in his strength, mobility and quality of life.

Hamish was a trooper and the 2 specialist vets involved in the surgery did an amazing job. The damaged disc material was removed from the spinal canal to release the spinal cord compression, then the 2 vertebrae were stabilised using a plate & screws.

I’m pleased to say that, having seen Hamish 6 weeks after his spinal surgery, he is doing extremely well.

His back legs may never be totally normal but they are stronger & more coordinated than they were. He can get up & down quickly & easily without having to struggle. Hamish’s owner is very pleased, despite the large “investment” in Hamish’s health and well-being.

Hamish has become a model patient at his local hydrotherapy centre as he continues his rehabilitation. I’m sure he has made lots of friends and admirers as he bravely takes his exercises in his stride.

I have attached some photos which show the CT of the original disc lesion, then the spine with its plate and screws.

There are also photos of Hamish as a young dog with his favourite ball and then him taking the hydrotherapy treadmill in his stride. Finally, there’s a lovely picture of a very well-loved Hamish smiling for the camera! A heroic dog indeed! 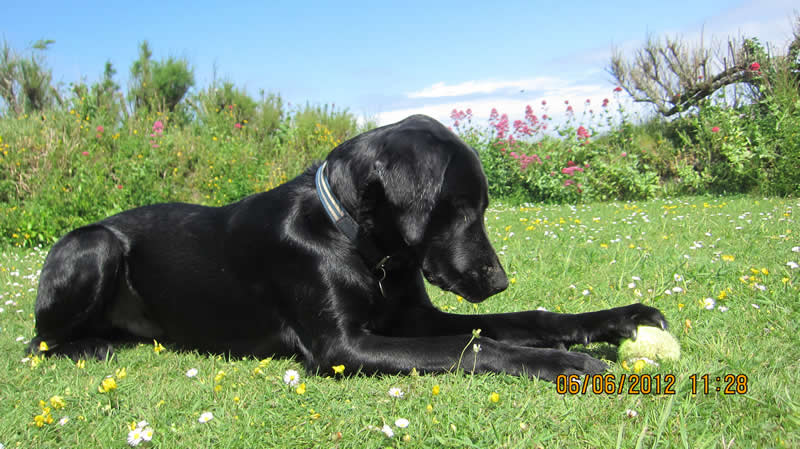 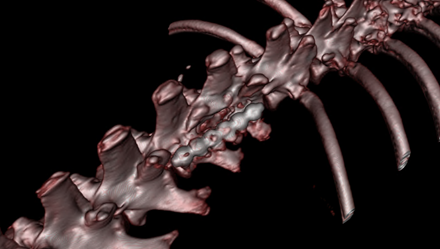 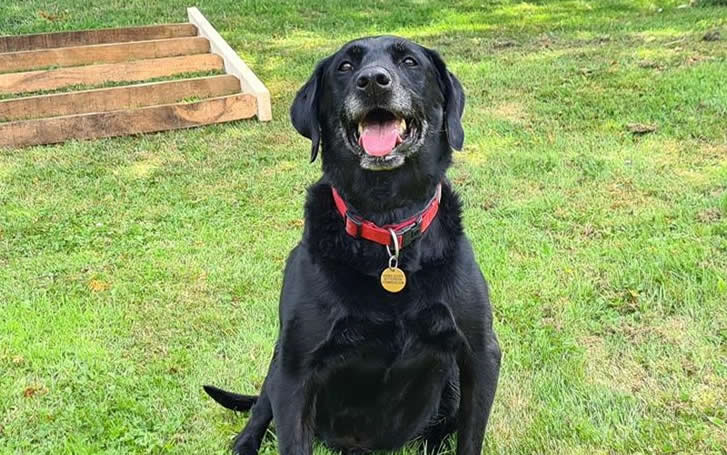 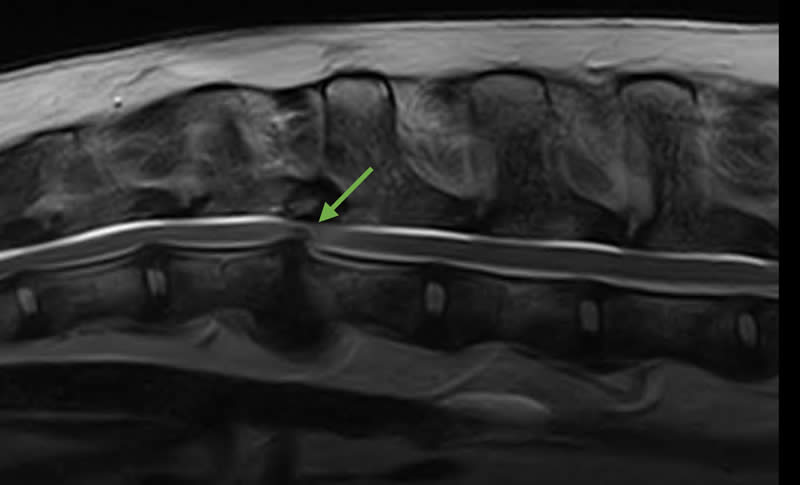